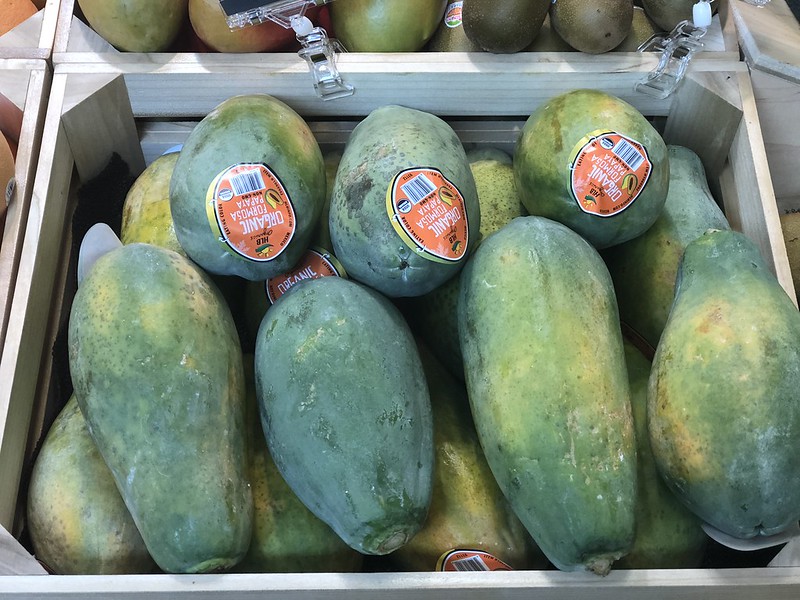 This is the week that feels like halfway through to me. I’ve known that I’m pregnant for eighteen weeks (I got my positive test around four weeks) and I officially have eighteen weeks left to go. We had our anatomy scan on Monday, about a week late because I was traveling at twenty weeks, so I’ve cleared one of the last major hurdles in terms of finding out if everything looks good with the baby. And I’m feeling the baby move every day, with some regularity. It seems like no time at all until I’ll be counting movements.

I’ve also finally started planning for buying things for the baby. My mother and my good friend (plus a couple other good friends) have offered to host a baby shower, like the hosted my bridal tea, so I met with my friend this week to discuss the shower. My task now is the make a registry and a guest list, which Dan and I will probably work on this weekend.

It feels very odd to be thinking about buying baby things. I still have moments where I pass my reflection in a window and see my growing belly and think “Wow, I’m really going to have a baby.” Despite it feeling like I’ve been pregnant forever at this point, it still doesn’t feel real to me that I’ll be giving birth in roughly four months.

How I’ve Been Feeling:

My cold from last week continues to get better. I was very congested at the beginning of this week, but I’ve spent some quality time with my neti pot and gotten most of the congestion out. I still have a lingering cough, but it’s not terrible anymore. And my voice has come back.

I’m still tired, and I’ve spent the week slowly working back up to my normal level of exercise, so my walking average and other exercise are a bit lacking, but next week should start to get back closer to normal. I’ve definitely been less motivated to walk because it’s been very muggy this week. It’s pretty hot, but more humid and unpleasant to be outside more than anything else. I still walk to get to and from work, but I haven’t done much outside that. And I’ve had no motivation to my yoga home practice, though I went to one class this week.

My appetite fluctuates between being very strong and almost nonexistent. I’m still noticing that I’m hungrier earlier in the day, and I think that increasing my exercise will help my appetite. But I had one or two evenings where I didn’t really feel like eating much dinner because I felt slightly ill on my train ride home. But regular nausea seems to be a thing of the past. A friend of mine said that the way it worked for her was that she was nauseous and felt terrible most of the time, and then one day she realized it had been a couple weeks since she’d felt really awful. I’m starting to feel that way, too. Like, I now expect to feel generally okay during the day, and occasionally have a bad day, rather than expecting to feel awful and noticing when I have good days.

I think my belly is going through a growth spurt because the past day or two I’ve noticed my belly skin feeling tighter. I’ve been making an effort to use my belly butter (I’ll share a recipe for the next week!) every night, and last night I did a three-step application of hydrating mist, lotion, and belly butter to help nourish my stretching skin. But I’ve noticed that my abdomen and stomach feel very full and crowded these days, which probably contributes to my loss of appetite. And I’m noticing the weight gain and the extra work of carrying around my belly when I move.

I’m officially sleeping on my side, and I’ve brought back my pregnancy pillow to help get comfortable. I like to position it so that it supports my back, so I can kind of lean back and simulate sleeping on my back, even though I’m on my side. Sometimes, though, I just need to pile it up and use it to prop up to sleep semi-sitting-up on my back.

I also went to the dentist this week and was pleasantly surprised. The hygienist said that normally during pregnancy, the increased blood flow in your body means that your gums become more inflamed, more likely to bleed, and looser around your teeth, but that my gums still looked pretty good. So that was a nice thing, considering my oral hygiene has suffered a bit due to evening nausea and fatigue.

Mentally, I’m starting to feel more comfortable and confident about the pregnancy. I’ll probably write a bit more on those feelings later next week. But all-in-all, this was a good week.