NB: In this post, I’m going to complain about being pregnant. If you’re currently healing from loss or dealing with infertility, this is probably not something you want to hear about. If that’s the case, please enjoy an adorable picture of my cat and don’t worry about reading further. 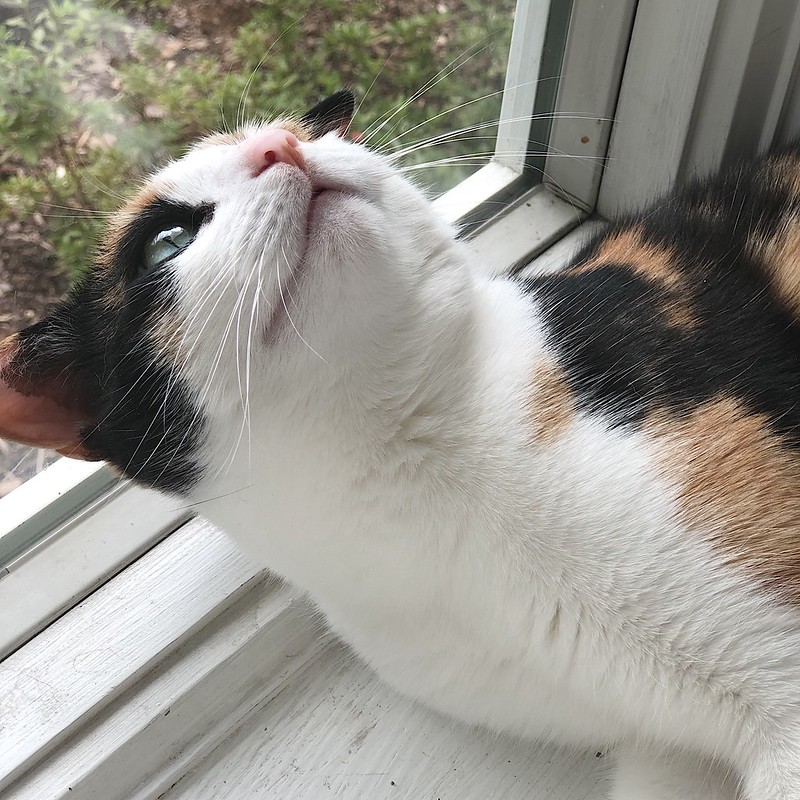 In addition to having friends who are currently pregnant, or who have shared their own past pregnancy experiences with me, I also post on a couple of Reddit communities for pregnant women, and one thing that seems to come up a lot is the idea that women who are pregnant are supposed to be enjoying it. Especially among those of us who have experienced loss or difficulties getting pregnant, there seems to be a lot of pressure to not only appreciate that we are (perhaps finally) pregnant, but to enjoy this time because we know how hard it can be to not get pregnant month after month, or to get pregnant and lose it.

But the reality is that sometimes, pregnancy sucks. 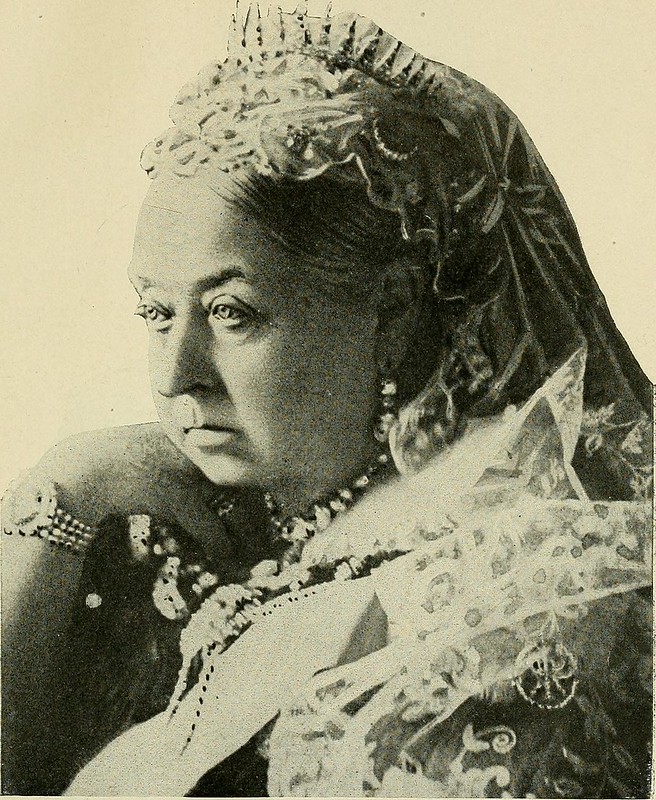 I like to point out to people who feel guilty about not enjoying pregnancy that they’re in good company because apparently, Queen Victoria also famously hated being pregnant, though she loved her children. So I think part of the problem is the mindset that women need to enjoy their pregnancies. I mean, it’s a beautiful miracle where a woman carries a new life and introduces it into the world. But it’s also a source of physical pain, emotional turmoil, and all sorts of anxieties.

Personally, I think that in days past, there was probably a more nuanced attitude towards pregnancy, not least because it was incredibly dangerous. In the 19th century, when Victoria was bearing her children, the maternal mortality rate was around 40%. Now it’s low enough that rates are usually expressed as the number out of 1,000 births, rather than percent. So without the looming threat of maternal mortality as deeply entrenched in our public consciousness, there’s a feeling that we should be focusing on the joy of the impending newborn. Of course, maternal mortality has been in the news quite a bit, and plenty of women still think about it. It’s hard not to. But even without worrying about that, pregnancy isn’t all a bowl of cherries.

I mean, food aversions, nausea, and digestive issues are well-known side effects of pregnancy, although plenty of people think they’re either exaggerated or solely due to some sort of failing on the mother’s part. You’re always going to find someone who says “Well, my wife/mother/sister/whoever didn’t have any morning sickness, so I’m pretty sure it’s not that bad.” Not to mention the pressure on women to push through any kind of pregnancy sickness because (in the case of wanted pregnancies) “you wanted this” or a desire to avoid subtle discrimination for being a pregnant woman. But even mild cases of pregnancy nausea can be completely miserable. I had a pretty middle-of-the-road experience, with a bit of throwing up, near-constant nausea, a few really annoying food aversions, and enough difficulty eating solid food for a while that I did resort to prescription medication. But I didn’t end up hospitalized and I barely had to use any extra time off work. And it was not fun. I firmly did not enjoy my first trimester.

But even after that passed for me (and it doesn’t pass for everyone), I still feel a low level of nausea almost all the time. Part of it is indigestion from my rearranging organs putting pressure on my stomach. Eating is sometimes not as fun. Some of the food aversions remain. And, yes, varying degrees of sickness (the term “morning sickness” is laughable; mine was worse between about 2-9pm) are very, very real, from just constantly feeling a little hungover to being hospitalized for being unable to drink water without throwing up, and everything in between. If a woman in your life feels comfortable enough to complain about pregnancy nausea, never, ever tell her it can’t be that bad. It is.

Okay, so we’ve covered tummy troubles. Then there are the external changes to the body: the growing belly and shifting posture. The main thing I worried about when I got pregnant was how it would mesh with my history of disordered eating and body image issues. I was really worried I would hate the way my growing body looked. Now, I’ve been fortunate that, for some reason, my brain likes the way my belly looks as I get bigger. But plenty of people aren’t so lucky. And even if you’re not unsettled by your appearance, your body is changing in ways that can be physically painful. My back now arches to counterbalance the growing belly and causes back pain if I walk or stand too much. My ligaments in my lower abdomen periodically get tight from sitting and are painful when I stand up again. And don’t even get me started on finding a comfortable position in which to sleep. I started having trouble lying on my back around 20 weeks, and side-sleeping is not a natural thing for me. And sleeping is important because hauling around an extra 20-30 lbs. of body is tiring.

Then, there are the emotional issues. It’s pretty stereotypical to paint pregnant women as weepy, overly-emotional wrecks, but the reality is, of course, more nuanced than that. I’m lucky that, for the most part, I’ve avoided the stereotypical weepiness attributed to pregnant women, but I have found myself dealing with irritability and a much shorter fuse than previously. And, even though I’m not weepy on a regular basis, I have bad days. Even though I’m not going through the ups and downs of a menstrual cycle, my hormones shift, which can mean that on any given day I might be more or less emotional, angry, hungry, tired, or even breaking out. It’s not fun to not know how you’re going to feel on any given day.

Finally, I wanted to admit to something that might be an unpopular thing to express: I don’t actually like the feeling of the baby moving around inside me. Don’t get me wrong, it’s wonderful that I can feel them moving and have that daily reminder that things are probably okay, especially given my history with loss. I love that I can check in on my own pregnancy without waiting for a doctor’s appointment. And I especially love the unmitigated joy on my husband’s face when he can feel the baby moving. But the actual sensation of this thing inside you, moving on its own is really freaking weird. And I haven’t even really gotten to the point of it being physically painful yet. Yes, I’m glad you’re still active in there, kid, but I really don’t need to be surprised by a full-body somersault, or a random prod of my bladder while I’m sitting in a meeting.

And I think that final complaint touches most explicitly on the biggest issue with pregnancy: the fact that it’s not popular to admit that you don’t like being pregnant. I have a deep amount of love for the Reddit communities of pregnant women in which I participate on a regular basis because they get it. We support each other, and let each other vent when other people might think we’re heartless harpies for not glowingly loving every second of our magical goddess pregnancies. It’s important to find support from people who are currently going through this because, even those who have done it before might romanticize their past pregnancies. Heck, even I find myself looking back at my truly dismal first trimester with rose-colored glasses, thinking “Well, was it really so bad?” Honestly, I probably should have started some private blog posts while I was in the first trimester so I could look back at what I was feeling in the moment, but honestly, I was too sick and tired and anxious to even consider it. That should probably tell me something.

So if you’re pregnant and you hate it, clap your hands. You’re not alone.

(You may have noticed that I didn’t even touch on the unwanted comments and touching pregnant ladies get. That’s because I’ve mostly been fortunate to avoid that, probably because I have what my husband calls “resting death face.” I will bite. But please, feel free to add that complaint in the comments!)