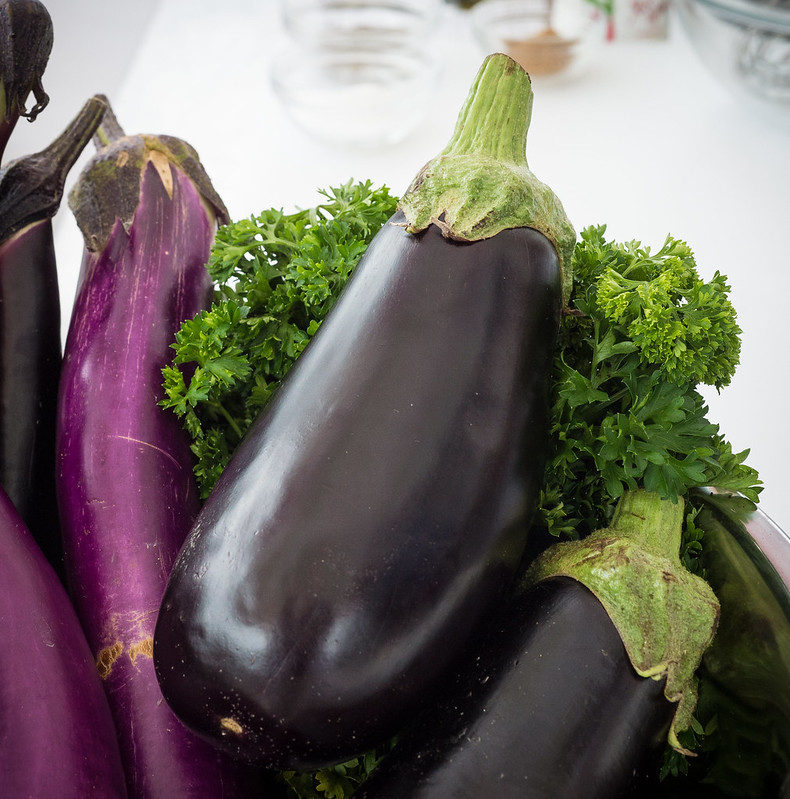 I’m officially in the third trimester! It’s the home stretch and I’m still feeling pretty good. This week was relatively uneventful. The weather thankfully cleared up a bit later in the week, but on Monday, I actually bit the bullet and took a Lyft from my office to the Metro instead of walking in pouring rain. By Tuesday, the weather had cleared up and I was able to get in lots of walking this week. I even did my yoga sequence outside on Thursday morning.

Since I’m moving into the third trimester, I spent this week preparing to think more seriously about the actual birth. We went to our community prenatal class with our doula this Saturday, and I downloaded a home study course for unmedicated birth. I’ll talk a little bit more about this later next week, but it’s a program called Hypnobabies that uses self-hypnosis and deep relaxation to help cope with childbirth. It appeals to my meditation background, and I’m excited to start. My plan is to give weekly updates on my progress through the course and how I find it.

I continue to feel pretty good, although I’m starting to feel bigger. I might need to consider getting a support belt to help manage the weight of my belly while I walk because, while I have the energy to keep walking, the strain on my back and hips is starting to become noticeable. Oddly enough, my energy level is at a point where I’ve actually been missing running, but as soon as I get out on a walk, I realize that I’d probably never be able to jump back into running this late in my pregnancy after not having gone for a run in several months.

I’m still having trouble with indigestion and a little mild nausea. I’ve also started eating a bit more variety, though, because I feel worlds better than I did during the first half of my pregnancy. Dan decided to try going gluten-free for a while to see if it helps some issues he’s having, so I’ve been trying to get back into cooking more often, which helps. I’ve also been experimenting with more variety of flavor, adding back in some more vegetables that I used to love, like broccoli and kale. And I made some cardamom-roasted sweet potatoes on Friday that were amazing. Plus, I tried eating mushrooms again (in the form of a maitake mushroom cream sauce with gluten-free pasta) after having disliked them during my early pregnancy, and it was pretty delicious. Finally, I’ve started including more probiotic foods in my diet to try to combat the digestive issues of pregnancy. I think I’m still acclimating to the probiotics, but I’m feeling pretty good.

Unfortunately, I’ve been having some trouble sleeping. I definitely notice that I cannot stay in the same position all night, as eventually I wake up with sore hips again and have to roll over. And I’ve been having weird, vivid dreams again. I’ve been using my guided meditation app to help me fall asleep, and I’m hoping that the relaxation from my hypnosis training will also help me get to mental place where it’s easier to fall and stay asleep. But I haven’t even averaged 7 hours of sleep per night this week, and that’s including weekends when I slept in.

I’ve also noticed my appetite picking up, especially earlier in the day. This makes it even more noticeable that I don’t eat as much as the day goes on because I’ll wake up ravenous and eat several meals before noon, only to forget to eat a snack and not want to finish my dinner. Because I know I’ll want to eat as much as I can at dinner so I don’t wake up in the middle of the night, I’ve taken to splitting my dinner up more, and sometimes eating a dessert later, right before I go to bed.