NB: This post will contain references to my previous miscarriage.

Now, those of you who are my friends on Facebook know that I did, in fact, make a cute Facebook post with a photo of two regular sized teacups and a mini teacup. It was just the right level of cutesy for us, but not terribly over-the-top as “pregnancy announcements” go. And, other than that, I haven’t really made any fancy pregnancy announcements otherwise. But when I’m on online communities of pregnant ladies, I constantly hear questions from people looking for how to announce their pregnancies. So I thought I’d share my low-key announcements of various milestones, and a little about why I’m not into big, fancy announcements of everything. 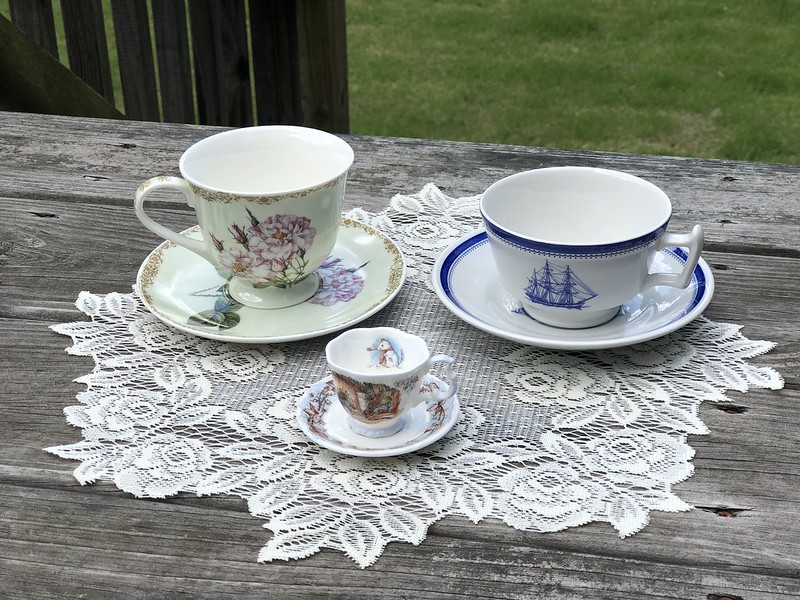 As readers of this and my other blog know, I had a miscarriage the first time I got pregnant last year. That has definitely colored my experience with this pregnancy. While I’m absolutely excited and happy to be pregnant, every moment, especially in the beginning, becomes tinged with thoughts about what I should do now just in case I suffer another loss. So not only were we somewhat guarded about announcing to people, we also tried not to make a big deal out of any of our announcements. Even our “cutesy” announcement on Facebook was just a photo that I took myself and a post that we were having a baby. No videos or belly shots or anything.

But ultimately, I think there’s just too much pressure to be creative when announcing a baby (or a gender). You see news stories about announcements and reveals (and announcements and reveals gone horribly wrong) all the time, and it reminds me of how excessive wedding proposals get as well. I didn’t have a fancy wedding proposal and I don’t need to announce my pregnancy in an over-the-top way. Perhaps it’s because I’m an introvert. Or perhaps it’s the remnants of my old minimalist tendencies showing. I’d rather be excited for myself than try to whip up all my friends and family into excitement for me, I guess (even though some of them sometimes seem more excited than I am).

Our “announcements” were mostly text messages and phone calls. We announced to our parents after we had a good ultrasound at 8 weeks, and announced to our siblings via text/Facebook message a few weeks later after a clean NT scan. The Facebook post went up around 14 weeks and that was probably one of the most nerve-wracking two weeks of my life, since I didn’t have another doctor’s appointment for another two weeks and was convinced I would need to announce another loss right after.

And other than that? We’re not announcing the gender. In fact, we’re mostly keeping it to ourselves because I don’t want people to let their choice of baby gifts be colored (literally) by gender. I want to give my kid equal opportunity to wear dinosaurs or tutus. I think it’s basically impossible to be “low-key” when you’re pregnant (heck, I update this blog 2-3 times a week!), but this is about as close as I get to low-key, and I’m okay with that.