So in my review of Like a Mother, I referenced Emily Oster’s book Expecting Better. Now, I don’t think I need to review this book. A lot of women find it helpful or liberating, while others find it cherry-picked and overly permissive. Personally, my takeaway from this book was not that everything they tell you to avoid in pregnancy is fine, but that it’s important to investigate the context behind any “rules” you’re given in pregnancy. 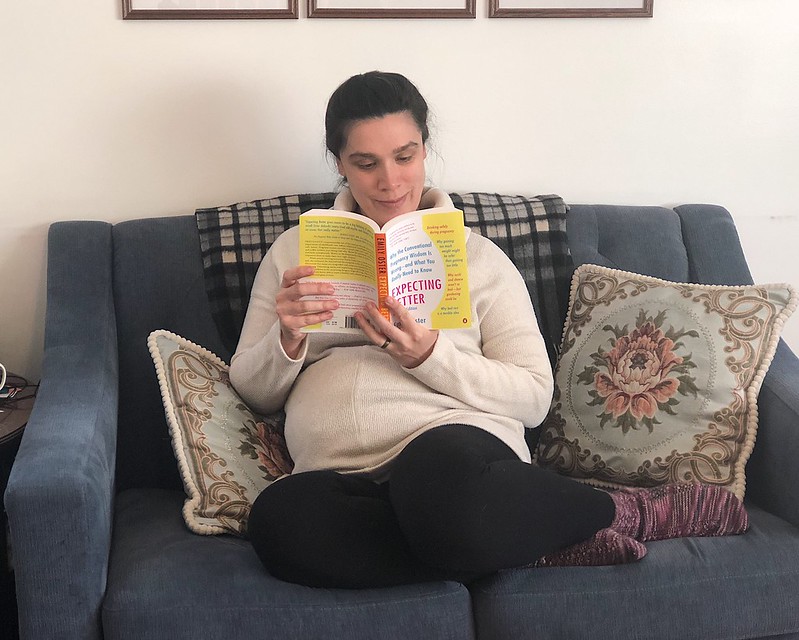 The big one is alcohol. At this point, the medical bottom line is that there is no safe amount of alcohol in pregnancy. But it’s not as simple as that because the “no alcohol” rule is a product of social context and backlash after the discovery of Fetal Alcohol Syndrome, which occurs when mothers have a serious problem with drinking. So Oster’s book attempts to actually look at the research behind drinking in pregnancy beyond just the excessive level that is known to cause FAS. Because it’s unrealistic and infantilizing to tell women that they can’t have anything to drink ever if they’re not using birth control (seriously). But that’s not to say that alcohol is necessarily safe. I mean, ethanol is a known mutagen and teratogen, and the products of metabolizing ethanol in the body have similar negative effects on cells.

But this is a rabbit hole that most people don’t want to go down. Most women pick up this book and just want someone to tell them “Is X safe?” Unfortunately, the answer to that is that, well, nothing is safe in pregnancy. Because pregnancy involves so many interconnected variables that it’s pretty difficult to pin down whether one particular factor was or wasn’t a factor that helped or harmed a pregnancy. Beyond taking folate and not getting yourself injured, there’s not a whole lot of consensus on what is and isn’t an appropriate risk to take in pregnancy. So we can talk to our doctors (though they need to stick to certain party lines) and read books like Oster’s and The Panic-Free Pregnancy, but ultimately, we have to decide how much restriction we’re willing and able to accept in our lives.

Another thing that a lot of people do is look at how restrictions vary by country. Personally, I looked at the recommendations on drinking tea for women in Asian countries, where tea is seen as a healthy beverage and not a caffeine-laden vice. But it’s important to remember how differing practices of handling food in other countries may affect the recommendations. For example, women in the UK are told that it’s safe to eat raw and undercooked eggs in pregnancy, but only because there is a type of egg in the UK that is certified to be free of food-borne pathogens. Since these eggs don’t exist in the US, that recommendation doesn’t really apply to women in the US. The same is true with warnings and recalls of vegetables in the US. A woman in Europe wouldn’t necessarily need to avoid romaine lettuce because it’s unlikely that it’s coming from one of the contaminated sources in North America.

Ultimately, I drew my personal lines and decided what I felt comfortable with and what I didn’t. I used a little of the information in Oster’s book, and a little information from Broder’s book, as well as jumping into my own research when that information seemed lacking. And then… I listened to my body. In particular, I spent some time thinking about alcohol. I knew that women in other countries aren’t necessarily counseled as strictly about avoiding alcohol, I had the information gleaned from Oster’s book, and I decided that I would feel comfortable drinking a glass or two of wine per week once I passed the first trimester. And then, while out with my in-laws at 14 weeks, I had the tiniest sip of prosecco from Dan’s glass and the resulting heartburn was excruciating. I tried again while we were in Barcelona and had similar effects. So no alcohol for me.

The same proved true with sushi. I had convinced myself that any food-borne illness I might catch from sushi wasn’t particularly likely if I stuck to places that had never made me sick before, But then, my food aversions started manifesting as aversions to both taste and texture, and I realized I felt oddly about the idea of chewing raw fish. And I didn’t want to risk the expense of ordering a sushi dinner, only to discover that I couldn’t eat it (I had this problem with plantains and bacon where I didn’t realize I had an aversion until I put them in my mouth). So no sushi during my pregnancy.

So I think it’s important to come to your own conclusions. While I was grateful for the general discussion of caffeine in the books I read, I found it insufficient to guide me in my daily life because I drink tea that is steeped in a way that differs from the standard view of “a cup of tea.” So I did my own research and came to my own conclusions about how to incorporate tea into my pregnant life. I did the same thing with personal care products, especially since there is almost no discussion of this in the books, and doctors’ advice will range from “use as little as possible” to “anything is fine.” I think a lot of people don’t understand the importance skin care plays in my life, especially when hormones can make your skin a little wacky, so I had to find my own data to make decisions. And this is fully supported in Oster’s book. 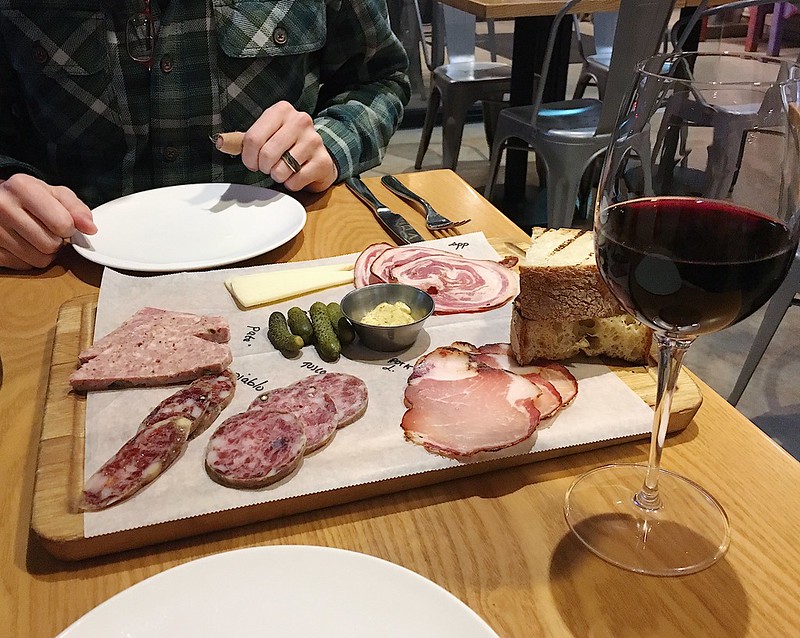 I think the main advantage of the new trend towards pregnancy books that cast a critical eye on traditional pregnancy “rules” and restrictions is a response to the idea that pregnant women should always want to be as cautious as possible because it’s better to give up something of themselves than potentially risk a miniscule chance of harm to the baby. But everyone should be free to come to their own conclusions. I, personally, decided that listeria and toxoplasmosis were not risks I wanted to take, so I avoided cold cuts, cold-smoked fish, pate, charcuterie, rare meat, and working in the garden (we have a lot of outdoor cats in our neighborhood). Dan took care of the litter box mostly because of the smell, since our very sheltered indoor cat likely poses no risk of toxo. I also did my best to avoid other forms of food-borne illness, just because that didn’t sound fun. I temped my heated food and I broke the yolks in my eggs, or scrambled them. But I was less dogmatic about this, especially with eggs from farmers we patronize frequently. And I did have the occasional sip of wine, and to hell with the heartburn!

(Now, anyone who is visiting me in the hospital or soon after can feel free to pick up a charcuterie platter from our favorite butcher, shown above when we visited a year ago.)