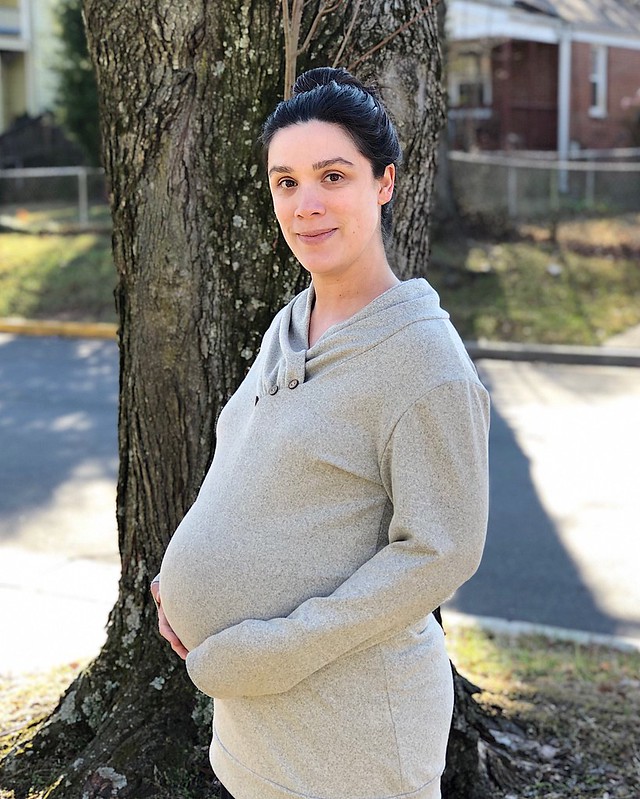 Yup, still pregnant. I now refer to myself as “excessively pregnant.” And it’s certainly been a week. I spent this week working from home, which was at least nice because I didn’t have to fight crowds on my commute, but it also meant that I didn’t get the benefit of interacting with other people on a regular basis. It did get a little lonely and made me wonder how I’m going to handle being at home with the baby for three months after Dan goes back to work.

I’m also just starting to feel big, ungainly, and tired. The baby is obviously running out of room, and is starting to grow back up into my stomach, causing my reflux to get worse. Friday and Saturday nights were the worst, but I’m hoping that upping my Zantac dosage (doctor’s suggestion) will help that. I’m still not showing any signs that the baby is coming soon. I’ve had some contractions, off and on, but nothing major and nothing that progresses.

So I’m scheduled for an induction this week and that’s when the baby will probably come out. At least I know this is my last full week of pregnancy and have an end in sight, but I do hope my next few days are better than the last couple have been.

Dan and I are now both officially off work. I’m using my paid time off to cover any days between now and the birth, and Dan has two Federal holidays and an undetermined amount of time furloughed before he can get his leave re-approved. Thankfully, our finances are robust enough to weather the shutdown at the same time as I’m heading out on partial paid leave.

So we’ve spent our time being relatively lazy and just resting mostly. I prepped some homemade gelatin to have on hand, since it’s what I’m allowed to eat right before my induction, and I’ll probably make a batch of lactation bars to take with me to the hospital for after the baby comes out, for when I need an easy, hand-held snack. But other than that, we’re mostly as ready as we’ll ever be.