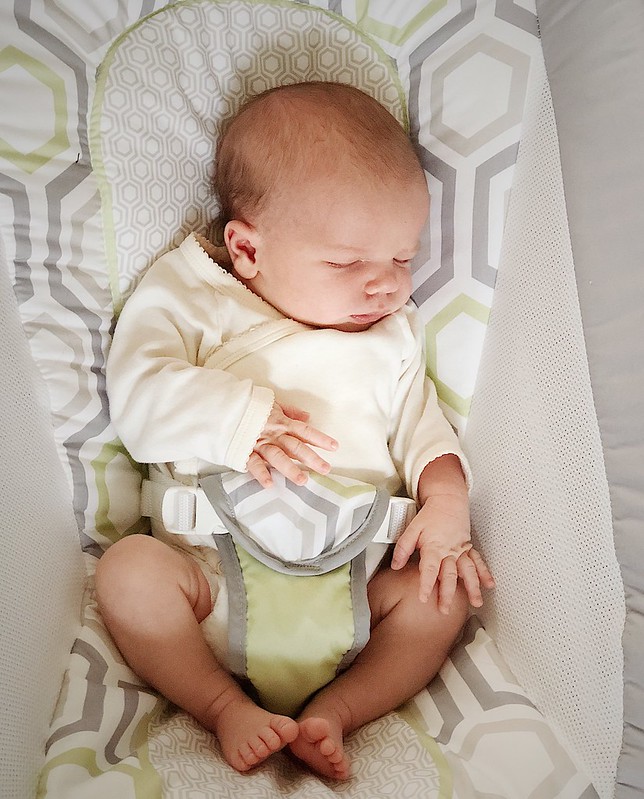 Well, it’s been a while since I’ve done a weekly update. Last time I checked in, I was 41 weeks pregnant and looking at an induction in a few days. I’ll be posting my birth experience next week, but I thought I’d start by sharing how our first two weeks with Elliot have been going.

So, the postpartum period (or “fourth trimester,” as it’s sometimes called) isn’t just about baby development. It’s also about maternal healing. And I’ve definitely found the postpartum healing period more challenging than I thought it would be. I was completely unprepared for how much pretty much any normal daily activity would hurt with my c-section incision. The first week was mostly spent figuring out how to cope with reduced mobility. Dan has been invaluable, doing pretty much everything except feeding the baby.

I’ll be honest, I’m extremely frustrated that I can’t do almost anything. Earlier this week, I ended up back at the doctor for a last-minute appointment because I was having so much pain my lower abdomen. The doctor said I’d probably strained something, and given where I was hurting, I’m pretty sure I hurt myself lifting Elliot out of his bassinet at night. So I had to pull back even further and rely on Dan even more, which didn’t help the frustration (or the fact that we couldn’t really take shifts at night).

But we’re slowly adjusting and figuring out a sort-of routine. And Elliot is obliging and letting us sleep for a few hours at a time overnight, rather than staying up all night cluster feeding the way he did the first few nights at home.

Well, little guy seems to be having some congestion the past couple of days, but he seems mostly content and healthy. After several days of hourly feeds overnight, he’s calmed down, probably because he finished a growth spurt.

In the hospital, we had some trouble with him losing weight too quickly after birth, so we supplemented a little bit of formula after feeding him at the breast, but the day after we got home from the hospital, my milk came in, and he started refusing his formula supplements. When we had our first pediatrician checkup, he’d started gaining weight again nicely, and we were given the green light to go back to exclusive breastfeeding. At our two-week appointment this week, he’d already gained back to his birthweight (and then some!) so feeding seems to be going pretty well.

Over the last couple of days, we’ve noticed that he’s been a lot more alert and interactive during the day, instead of only waking up to fuss because he’s wet or hungry. His umbilical cord stump still hasn’t fallen off, so we’re being careful with tummy time, but I do occasionally put him on my chest to practice holding his head up and pushing up a little. He has remarkable neck control for a newborn and has since birth (he was holding his head up during skin-to-skin in the recovery room).

He’s also starting to noticeably outgrow his clothes. I think he’ll be out of newborn sizes fully in a week or two, though I’m glad we got newborn-sized clothes because the larger size was slightly too baggy for my comfort while sleeping. But our growing little guy is growing like a weed. As precious as these sweet, sleepy newborn moments are, I’m excited to see how he develops over the next months and years.