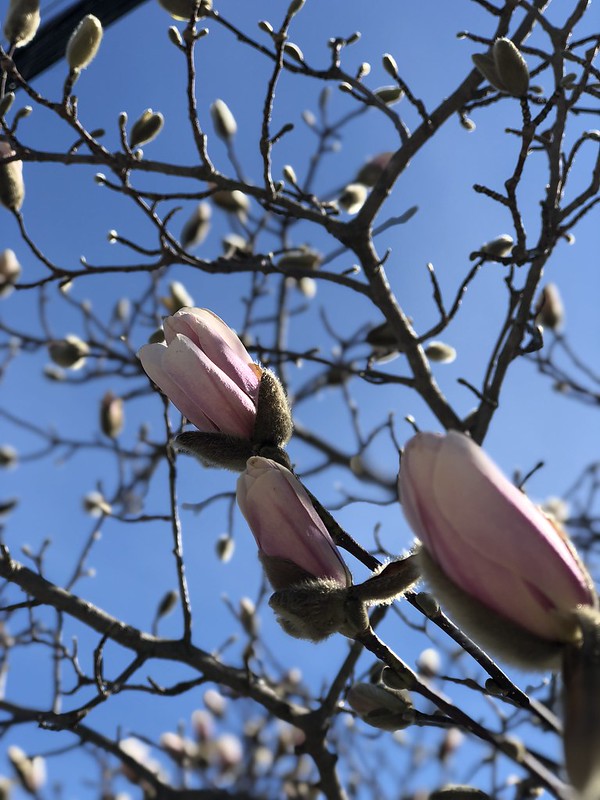 One year ago, I didn’t know I was going to get pregnant that month. I had just turned 35 and was still recovering from my loss the previous autumn. My oldest friend had just welcomed her son, a son that was supposed to have been born a mere three months before my own. But it was spring, a time of new beginnings, and I was trying to embrace that.

I had started acupuncture a few weeks earlier, and my acupuncturist had suggested I meditate on the green and growing things of springtime. He suggested that I focus on the fertile time of year that it was. And I was following my Circle + Bloom meditation program as well. I was meditating a lot. I meditated a lot in the months following my loss.

I didn’t know that I was standing on the cusp of a new period in my life. That a couple weeks later, I would see those two pink lines, and all the excitement and fears they brought up. This year, one year later, I’m sitting in a quiet house, watching my nearly-three-month-old son nap. We went to my friend’s son’s first birthday party this weekend.

I can feel the air warming and the world moving into springtime again, just as I did last year. This year, I won’t be blooming quite so obviously with the spring, but I’m still growing, becoming a mother, slowly but surely. And I get to watch my own little sprout grow as we nurture him.

Despite the years I’ve had in my life, I’m always amazed at the difference a year can make. As we emerge from winter, it’s nice to touch base with the constants in life — the spring, the sun, the flowering trees, the migrating birds — as I consider all that has changed. And I can sit here and appreciate every moment of my journey, joyful and sad, and appreciate that spring has come again.